The new album – to be released December 2022 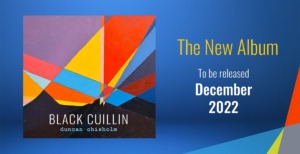 You can vote now for your preferences amongst a selection of world-class musical talent shortlisted for the Scots Trad Music Awards 2018.

Duncan is honoured to have been nominated within two categories at this year’s awards.

Thank you for your support!

Duncan has been invited to perform as part of the the first Festival of Small Halls which will take place around Skye and Lochalsh over eight days, towards the end of November 2018.  This is a multi-art form winter festival, bringing big music to small halls.

People, place and performance are the themes of this festival which focuses on community spirit and promotes the relevance of Scotland’s traditional culture to present and future generations.  This festival will bring some of Scotland’s greatest traditional musicians, as well as writers and visual artists to small halls in remote rural areas.

Duncan will be joined on stage by Donald Shaw, Jarlath Henderson and Innes Watson during this tour.  Full box office details are available on our Live page.

This awards ceremony includes a wealth of categories that encompass all aspects of traditional music.  Be sure to take a moment to nominate your favourite acts or organisations by visiting the Scots Trad Music Awards link – click here.

The nominations include the ‘Trad Album of the Year 2018‘.  Sandwood has been included in the longlist (comprising 25 wonderful albums) for this category and it’s now up to you – the public, along with a music industry panel, to vote for a shortlist of 10 albums.  Voting is open until Sunday 14 October and the winners will be unveiled at Perth Concert Hall on 1 December 2018.

Thank you for your support.

Haze Across The Sun
Duncan Chisholm

Islands On The Edge
Duncan Chisholm